To celebrate the release of the superhero movie Avengers: Age of Ultron this past weekend, the American Chemical Society just released a new YouTube video on their Reactions channel.  In the video, Dr. Raychelle Burks, a Postdoctoral Research Associate in the Department of Chemistry at the University of Nebraska—Lincoln, gives easy-to-understand scientific explanations behind the Avengers’ superpowers and gadgets.

According to Burks, Iron Man’s suit would most likely be made of nitinol, a nickel-titanium alloy that is both light and durable. The reasoning behind this is because Iron Man’s original and gold-titanium alloy suits would weigh 150 lbs. and 350 lbs. respectively, which would impede Stark’s movements.  So much for Iron Man zipping around buildings.   In addition, the suit may also include graphite reinforced with carbon fiber in order to protect his feet from his rocket boots.  I don’t know about you, but burnt feet isn’t something that Tony Stark would have tolerated, given his flashy nature.

In addition, it is plausible that Iron Man would have created a new element to power his arc reactor.  Scientists have created 20 of the 118 elements of the periodic table, which are shown in pink and purple below: 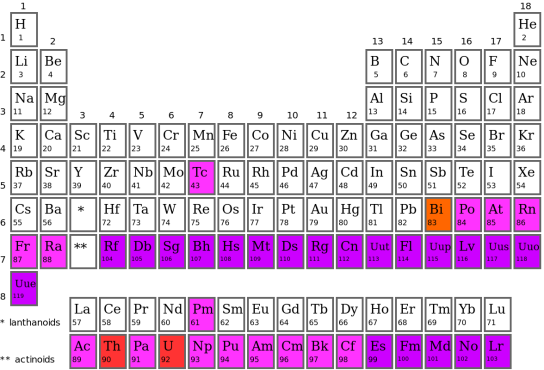 Burks also tackles Captain America’s and Black Widow’s healing factor abilities.  She deduced it all boils down to his white blood cells.  A special type of white blood cell, called a macrophage, release chemical messengers called growth factors to heal wounds.  In a normal human being, this repair process takes between 2 to 5 days to complete.  In the case of Captain America and Black Widow, their macrophages are super industrious due to their biotechnological enhancements.  These macrophages are working overtime in order to pump out more growth factors to heal bodily wounds quickly.

What about Captain America’s shield? It is made from vibranium, which is a durable ultra-tough metal frequently mentioned in the Marvel Universe.  It may be fictional, but it can conduct energy transfers seen in real-life science experiments. 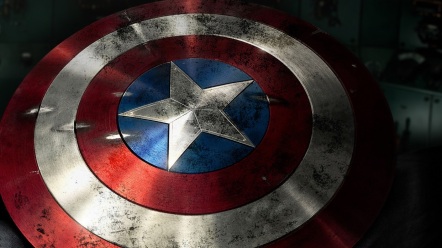 In a scene from the first Avengers movie, Thor strikes Captain America’s shield with his hammer.  Both Captain America and Thor are knocked backward but the shield emerged unscathed.  Burks explained that the vibranium in the shield absorbed the impact from Thor’s hammer, converting its vibrational energy to light energy.

The vibrational energy of the hammer is kinetic energy—energy it has because it is moving—to the shield, a stationary object.  The hammer’s energy is then transferred to the shield and becomes potential energy—which is stored energy the object possesses because it is not moving. The product of this energy transaction is light energy.  If the shield was not made from vibranium, this energy transfer would be enough to break it.  But because of vibranium’s unique nature to absorb all kinetic energy directed at it, transfer it to potential energy, and store it in its molecules, the shield is virtually indestructible.

See? The Avengers may be created out of the comic writers’ and artists’ imaginations, but perhaps their abilities were more based in science than was previously thought.